Redemption > Uncategorized > WAKE UP the NEIGHBORHOOD!!!

WAKE UP the NEIGHBORHOOD!!!

It is time like never before to wake up from the typical day to day. Remember in scripture where it says that Christ will come like a thief in the night? God is not saying never have fun, never go out, never fellowship with friends, never watch tv. He is just saying pay attention to what you are digesting. He says that is scripture. Be alert, keep watch!

The enemy comes like a roaring LION, but NOT as one. GOD is the LION of JUDAH! The enemy is here only to mock God, and God uses him and his attempts to humble us. God says if my people humble themselves and pray. THEN I will answer. But, we should keep in mind that prayer without repentance is NOT powerful prayer. ~ 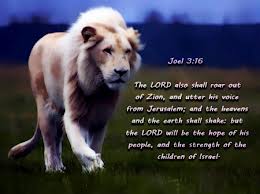 When I was a child, I loved crazy movies like Girls Just Wanna Have Fun. I always thought the silliness far out weighed the bad stuff. But, let’s look at the story. It is about a girl, who is raised in a very overly structured way, and all she wants to do is get away from the rules and regulations. Here is a link that describes it.

As a kid I understood her feeling that way. But, I never took into consideration then, the rebellion that was involved. She ignored her parents rules, put herself and others in danger, and even though it appeared to turn out all right, created a huge MESS!

How many times have we been there? How many times have we, knowing that it was wrong, made a decision that affected more than just us? I know I have countless times, as has my husband, and thankfully our children will not be taking that road, by God’s Grace. Because the curses against us, have been broken! We pray that multiplies, for God’s Glory.

They learn as do we,  in a safe way, not to rebel against God. That doing anything other than God’s will is literally falling asleep to HIS plans. This has been the enemies plan all along. Send people to movies, and cause them to get distracted, give them tv shows that are intriguing and hide symbolism within. Does anyone need help understanding  that there is a WAR going on around us?

There is retaliation all over the place, for stepping out and standing in FAITH. But, we know GOD is bigger. The title of this blog entry came from a song in that movie Girls Just Wanna Have Fun. There is a scene, where people break into a party and absolutely destroy the house. On screen destruction can look hysterical  but off screen, not so much.

We are not supposed to be just sitting around not praying, not trusting GOD. Those are the times, when we are, for all intensive purposes sleeping, that the enemy comes to pounce. He comes to pounce in many ways. The sleeping is not  always literal, and thankfully GOD never sleeps. He is up 24/7 dealing with our lives, because He loves us.

That does not mean that He never gets angry. In fact, if we don’t wake up spiritually, then GOD will deal with us and our families even more harshly. If we are not doing it HIS way, then what comes against us will not be able to be fought. God can do anything and He can UNDO anything, but when we are given into torment, it happens because we are disobeying GOD.

What does the BIBLE say about rebellion?

It’s simple really, and the choice is ours, and has been from the beginning, since the Garden of Eden. Do we live our life FOR God or against HIM? We say WAKE up the NEIGHBORHOODS, cause if not, they could die in their sleep, and never make it into Heaven.